WHAT HAS 4 EYES BUT CAN'T SEE? WHY, MISSISSIPPI OF COURSE! 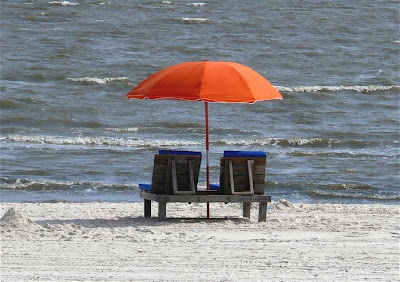 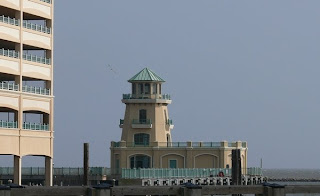 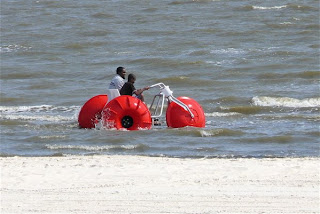 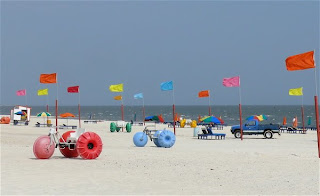 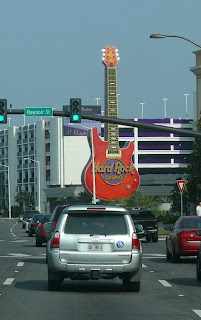 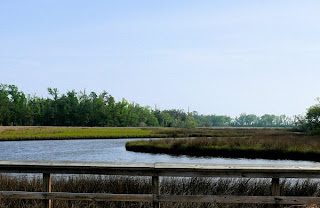 I couldn't identify these tiny orange flowers growing outside the Visitor's Center; neither could the rangers! 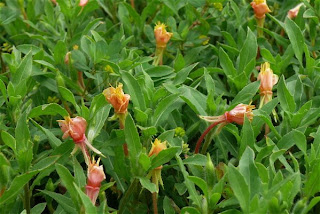 Love my new lens!  Click on the photo to enlarge and see the detail. 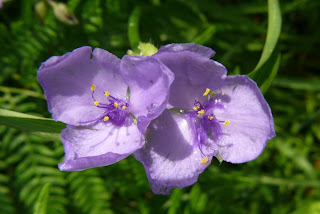 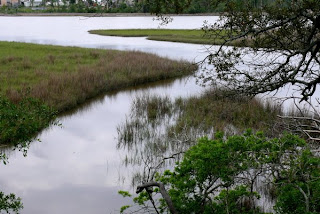 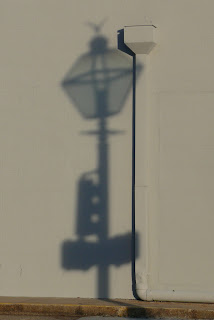 Bottle Trees are a popular design element in some Southern gardens. While they are indeed artistic and vibrant, their actual purpose is to keep evil spirits from coming into the house.  The spirits, having been lured to the colorful bottles, will be trapped inside, and when the bottle is inverted and stuck onto a branch, they can't escape.  The Bottle Tree tradition originated in the African Congo, and it's believed that blue bottles are especially effective in warding off mischievous evil-doers.  Some Bottle Trees are created with Mother Nature's raw materials; others are made with metal, bamboo, pegs or dowels.  This particular Bottle Tree was in the yard of this lovely little cottage -- so much pride taken in its care.

Now the house across the street?  Its owner might consider making a Bottle Tree!

This broad patch of grass with its descriptive historical markers is all that's left of Natchez' "Forks in the Road Slave Market."  It was here that slaves in leg irons, newly arrived from Africa, would be paraded then sold. Although trading ceased when Union troops occupied Natchez, hundreds of emancipated people found refuge here as they began their northward journeys as free men and women.

~~~~~~~~~~
GREENVILLE
I had a truly memorable meal in Mississippi.  Yes, it was also expensive.  Red meat is that these days, and whatever size and type of cut you want is made from the loin right on the premises.  You can tell by the cars at the entrance what fine dining awaited me. Historic Nelson street did seem a little, ahem, "run down." But why was the valet wearing a gun and handcuffs?  Oh-Oh. 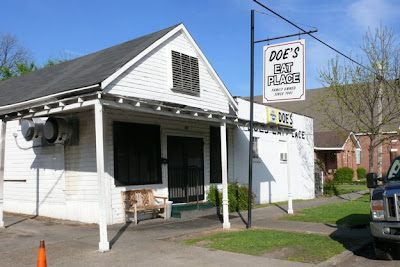 Although a friend had warned me the entrance was "through the kitchen," I wasn't prepared for THIS!  "This" is just the first kitchen, where the meaty stuff is prepared.

Step through the door just to the little man's right and enter yet another kitchen!

This one hums with activity:  waitressing, cooking, T-shirt selling, dish washing and salad making are all done here.  There are back rooms and side rooms, but I chose to eat at one of the tables in the kitchen!  First, one must dodge around all the staff and Aunt Whatshername, at the end of the table.  This is her domain.  She directs traffic, makes the salads and keeps the help in line.

You want wine?  Well here you go....I hope you brought something nice!

Menu?  You want a menu?  Well, we've got shrimp, cat fish, tamales and any cut of steak you want.  How hungry are you?  You want fries or garlic bread with that?  Salad is $4.00 extra.  I can't remember ever having a better filet mignon -- almost didn't need a knife!

This is Jason, the dishwasher.  While I was wandering around taking pictures, Jason took a break and sat at my table in the kitchen.  When I returned he jumped up with apologies and started to leave.  I asked him to sit right back down, and we proceeded to have a lively conversation about rap and blues and other things of interest to a teenager.  After a few minutes of this frivolity, Aunt Whatshername bustled over and asked if he was bothering me and told me he shouldn't be doing "that."  I assured her he wasn't bothering me at all, that I had invited him to sit with me and that I was enjoying myself immensely.  She glared at us, and Jason returned to his dish washing. The taste of that buttery steak stayed in my mouth for a long time.  Good thing!

Doe's was originally a neighborhood grocery store started by Dominic "Doe" Signa. Mamie, his wife, had been given a recipe for tamales.  She started making them to sell, and that part of the business thrived and grew into a honky tonk in the front of the store, strictly for blacks.  The "carriage trade" arrived at the back door to eat Mamie's tamales or the steaks Doe had started to prepare.  Before long there was a honky tonk in front for blacks, and a thriving restaurant in the back for whites.  He eventually closed the honkey tonk and focused on the eat place.

The third generation, a grandson, carries the torch and serves up a mighty fine steak! Actually there are several relatives running and expanding the business; there are locations in other states and even Doe's Eat Place franchises.

This swaybacked cutting board has seen a lot of use!

This is the contraption used to make Doe's famous tamales.

This is the house cat -- her contented expression mirrored mine.

Next stop, Clarksdale for the Juke Joint Festival.  This will be loads of fun.  Stay with me now!!
No comments: