After leaving Santa Barbara to attend college in a city far to the north,  Refugio was always a beach I returned to for surfing during vacations.  The water is refreshing, not cold, even during the Christmas holidays; and if you pack heat like I do, one does not need to wear a wetsuit in December!  Refugio is rarely crowded, only a tiny bit breezy; and its small, protected bay had perfect waves for a wimp.  (Yes, indeed, I was once a wimp!!) 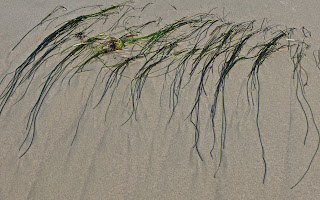 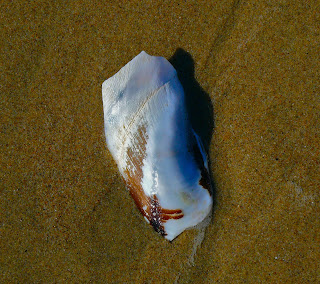 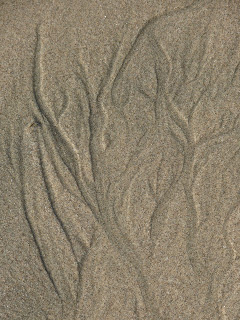 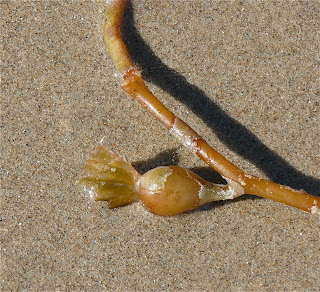 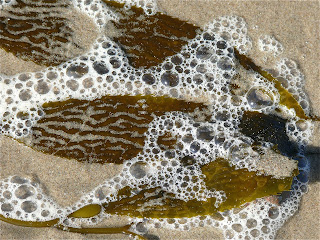 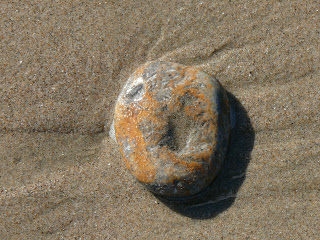 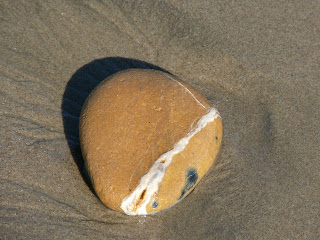 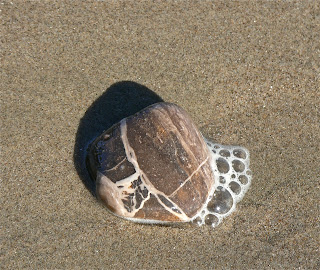 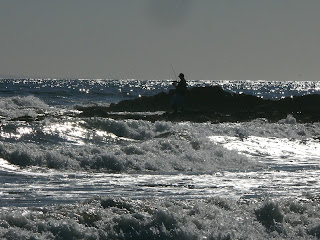 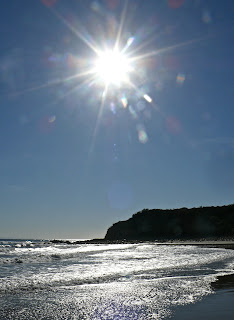 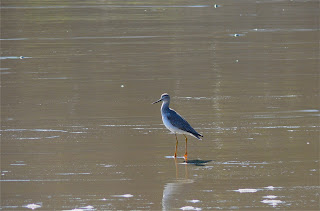 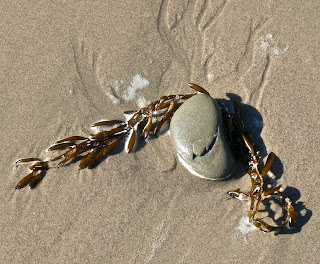 I found this fascinating creature, a Nudibranch, also known as a "Naked-Gill Sea Slug," at the high tide line, a long way from the safety of its normal tide pool habitat.  Simply put, they are snails without a shell.   http://www.wetwebmedia.com/nudibran.htm  They have no operculum, and their organs are exposed.  In this photo, its head tentacles are visible; its "eye" is that worm-like protrusion on the top of its head. 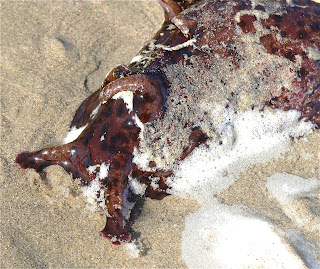 After I had provoked it by touching it repeatedly (tsk-tsk), this Nudibranch started to burrow its head in the sand and curl into a ball -- of sorts. Its body is really smooth and soft, but here it is sprinkled with sand and surrounded by sea foam. 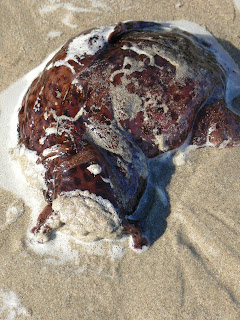 And as it moved, it exposed its unique body parts.  Northern California Nudibranchs aren't nearly as dazzling as those found in other parts of the world, but this one sure had some distinctive body "designs." 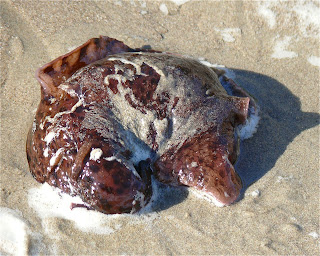 Click and enlarge this shot to better see its very interesting patterns.  Its "skin," by the way feels like jello -- smooth, silky and squishy!  Kinda like a slug without the slime!  (Thank you Jane Farwell for helping me identify this little beauty.) 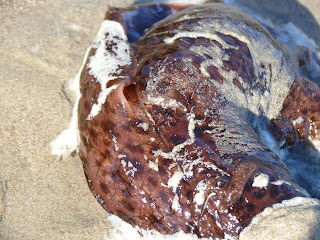 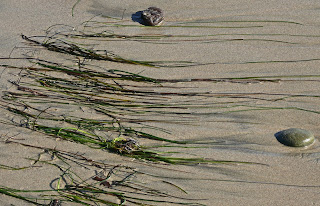 Gulls can be fickle sea birds.  At times they are obstreperous, invasive and a downright nuisance.  On other occasions when their "mood" eschews any human contact whatsoever, they will hit the sky if one approaches within 50 feet!  Gulls will be gulls, I guess! 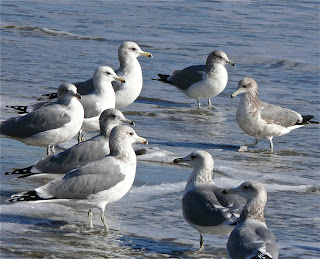 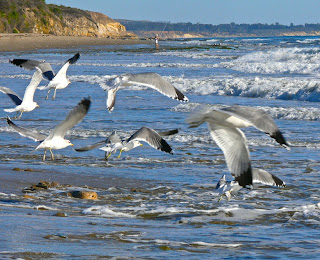 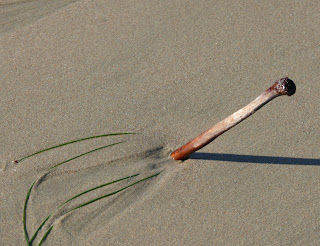 And now in my sunset seventies, Refugio is a place to refresh spiritually, to rejuvenate and energize.  Strolling the beach, listening to the waves, breathing deeply of crisp ocean air, watching the sunset and photographing treasures the ocean coughs up is good enough.  MORE than "good enough" when  shared with special friends. 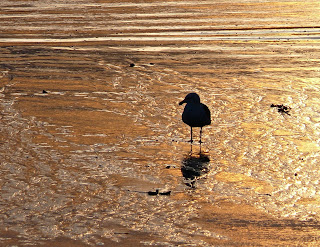 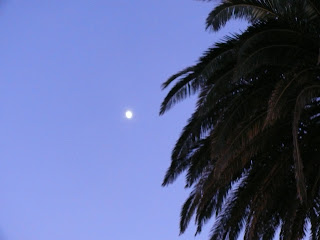 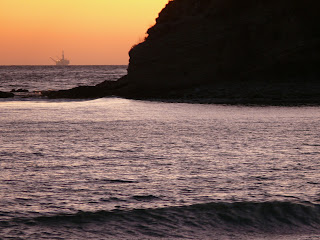