Raise your hand if you've ever seen the play, movie or any of several TV adaptations of "Inherit the Wind," the fictionalized account of the Scopes Monkey Trial. Didn't you just love Spencer Tracy, who characterized Clarence Darrow; and Frederick March's portrayal of William Jennings Bryan was positively mesmerizing. And that smooth-as-silk dancer, Gene Kelley, playing a part patterned after the cynical reporter, H.L. Mencken? Who knew?! "Inherit the Wind" was indeed terrific entertainment.
However, I believe the real story behind Tennessee vs. Scopes to be much more riveting and dramatic when you consider that the lawsuit started almost as a publicity stunt. The actual account has political intrigue, suspense, legal shenanigans, backroom shady deal making, bogus Christian Fundamenalist ravings, a scheming, contrived premise, a media frenzy like no other in those days, a scapegoat, and blatant ridicule of the south by that librul media. 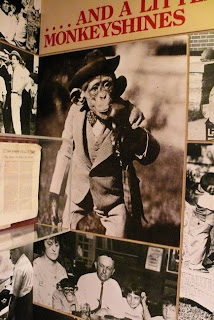 It started here, at Robinson's drug store in Dayton, Tennessee, where conspirators rose to the ACLU's bait. It had offered to provide legal services to anyone who volunteered to challenge the BUTLER ACT, the anti-evolution statute just passed in Tennessee. ACLU was looking for an "easy" venue (Dayton fit the bill) because its ultimate purpose was to lose in the lower court and bring the BUTLER ACT into an appellate court for reversal. 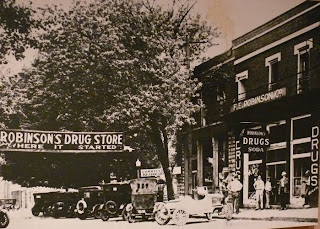 Dayton's population in the 1890's was 3000 citizens; in 1925, it had dwindled to just 1,800. The town could use the publicity (and the revenue). The conspirators convinced John Scopes, a *substitute* biology teacher he would be the perfect patsy. Scopes indeed had assigned a chapter on evolution from the biology textbook then in use; and, believing "the best time to scotch a snake is when it starts to wiggle," Scopes agreed to be the ACLU's "test case." John Scopes (center), is being led in handcuffs into the Rhea County Courthouse in Dayton, TN. 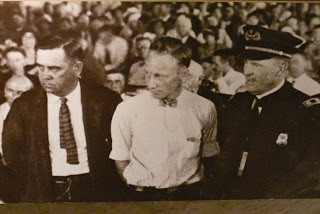 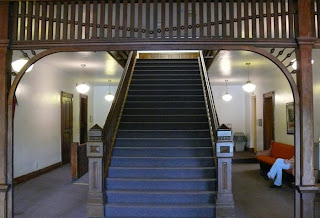 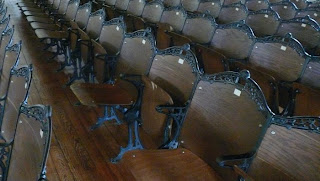 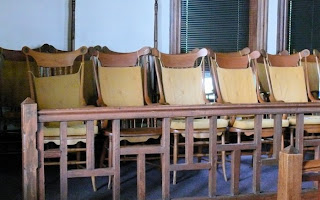 William Jennings Bryan, who had not practiced law for 30 years, volunteered to prosecute. The nation's most famous defense attorney, Clarence Darrow, likewise volunteered his services but was not the ACLU's first choice. The adversaries Darrow on the left, Bryan on the right: 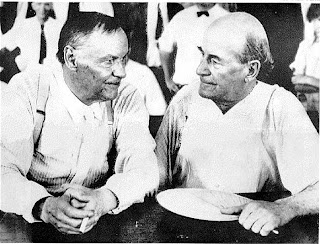 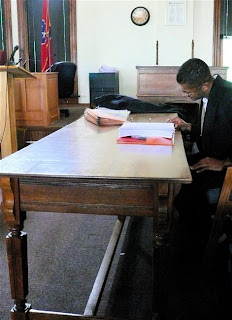 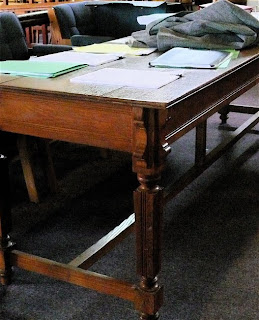 The judge's "bench," except for the add-on cabinet to this judge's right, is the same as that from which Judge Raulston presided in 1925. 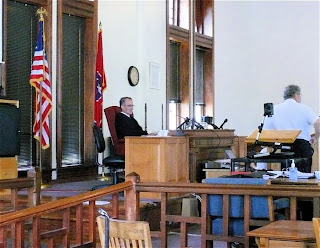 The courtroom had filled to capacity, standing room only. It was feared the floor might collapse, so Judge Raulston moved the proceedings outside, where a crowd of 5,000, in sweltering heat, could witness Clarence Darrow's relentless, derisive interrogation of William Jennings Bryan's literal interpretations of the Bible. 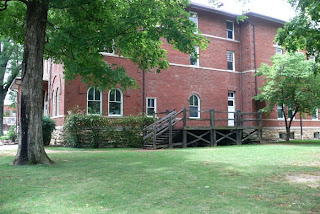 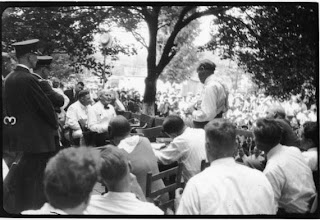 The town's fundamentalist Christian College is named after William Jennings Bryan despite his less-than-stellar performance there. He is lionized here on the courthouse lawn. He died in Dayton, less than a week after the trial. 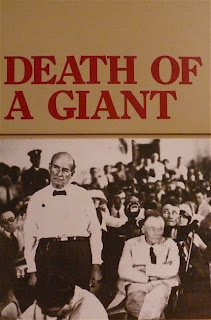 ~~~~~~~~~~
Douglas Linder wrote a summary that pretty much covers all the REAL details from beginning to end. Or ... was it actually the end?
http://www.law.umkc.edu/faculty/projects/ftrials/scopes/evolut.htm
On the 75th anniversary of the trial, Linder wrote a more detailed follow up.
http://www.law.umkc.edu/faculty/projects/ftrials/scopes/confspeech.html
Ultimately, the ACLU was foiled because the appellate court overturned the verdict on a technicality; there was no longer a case to appeal. The irony of "Tennessee vs. Scopes" is that Darwinism had been accepted and taught in Tennessee classrooms for several years prior to the trial, without protest. The BUTLER ACT remained on the State of Tennessee's books until 1967 when the prohibition against teaching evolution was repealed. But then in 1973 another bill was introduced requiring that Creationism and Evolution be given equal time in textbooks and the classroom, AND that evolution be taught as a theory only. Finally, in 1975, a Tennessee appellate court struck down the equal time law as "patently unconstitutional."
I wonder what will happen to the current Texas statue that requires the Bible be taught in public schools. Don't know about you dear readers, but I don't think our inimitable founders had that in mind when they insisted on separation of church and state.
3 comments: